Stay away from sugar and carbs if you have head or neck cancer! 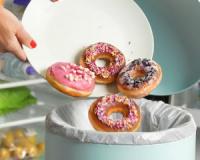 Are you a sugar addict? Well, then you might want to rethink your diet!

According to a new study published in the International Journal of Cancer, eating high amounts of sugar and carbohydrates the year before treatment for head and neck cancer increases the risk of cancer recurrence and mortality.

On the other hand, eating whole grains and legumes after treatment has an anti-cancer effect and reduces your risk of the cancer recurring and your risk of dying. Read on for the full findings.

To reach their findings, the researchers behind the study tracked the pre- and post-treatment diets and health outcomes of more than 400 cancer patients who were diagnosed with the disease at an average age of 61 years old.

They followed the participants for an average of 26 months after they were first diagnosed and treated for squamous-cell carcinoma of the head of neck. More than 69% of participants were diagnosed when the disease was at stage three or stage four.

The researchers found that the participants whose diets contained the lowest amounts of simple carbs, such as refined grains, sugar-sweetened drinks and desserts, consumed around 1.3 servings per day, compared to around 4.4 servings by participants who consumed the most carbs.

They also found that those who ate the most sugar – in the form of fructose, sucrose, lactose and maltose – as well as carbs in the year before cancer treatment had a higher risk of dying from any cause during the follow-up period. During the follow-up period, more than 17% of participants experienced recurrence of their cancer and 42% died from it. Another 70% of participants died from other causes.

The researchers found that mortality rates were higher among participants with cancer of the mouth who consumed the highest amounts of total sugar, total carbs and simple carbs. However, they didn’t identify the same association among participants whose cancers were located in their throats.

“Our results, along with the findings of other studies, suggest that diet composition can affect cancer outcomes,” said co-author Amy M Goss, a professor of nutrition sciences at the University of Alabama, Birmingham, in the United States.
Tags: head and neck cancer

Stay away from sugar and carbs if you have head or neck cancer!
Rating:
Note: 5 of 1 vote