Scientists find a link between alcohol and prostate cancer risk 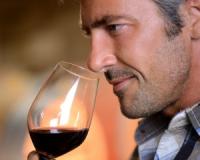 If you drink alcohol, here's some bad news - Australian and Canadian scientists have found that drinking may raise your risk of prostate cancer.

What's more, they found that the more you drink, the greater your risk of the fifth leading cause of death in men worldwide!

These findings go according to a new analysis of 27 studies published in the journal BMC Cancer. Read on for more on this eye-opening new study.

*********** Hot off the press ************   The simple step that could save you from chronic disease   Research shows that lycopene doesn't just protect you from prostate cancer, it fights the disease if you already have it!   Animal trials and human cell studies have demonstrated that high lycopene levels in blood and tissue can stop the growth of cancer cells.   Boost your health with Lycopene Plus today…   *************************************
Tim Stockwell, co-author of the study, reported in a University of Victoria news release: “This new study contributes to the strengthening evidence that alcohol consumption is a risk factor for prostate cancer. Alcohol’s contribution to prostate cancer will need to be factored into future estimates of the global burden of disease.”
Stockwell is the director of the university’s Centre for Addictions Research of BC in Canada.

Alcohol is a known risk factor for other types of cancer, too

Tanya Chikritzhs, the other co-author of the study and leader of the Alcohol Policy Research Team at Australia's National Drug Research Institute, added to Stockwell’s comments: “These findings highlight the need for better methods in research on alcohol and health.”
“Past and future studies that demonstrate protection from disease due to low-level drinking should be treated with caution,” Chikritzhs concluded.
Both scientists warned that alcohol is a known risk factor for a number of cancers, including breast cancer, skin cancer, pancreatic cancer and seven types of digestive system cancers.
Before you pour yourself a glass of wine with dinner tonight, keep in mind that what may seem like an innocent glass or two of vino every evening may be putting you at heightened risk of prostate cancer as well as a number of other common cancers!
Tags: prostate cancer, prostate cancer causes, prostate cancer risk, alcohol, alcohol and cancer, alcohol cancer risk, alcohol and prostate cancer, men's cancer, cancer news