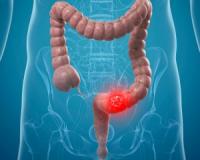 Researchers from Virginia Commonwealth University (VCU) in the United States report that they have discovered a new way in which colon cancer - the third most common cancer diagnosed among men and women in the US - develops as well as a new way to boost treatment and prevention for this type of cancer.

According to scientists from VCU Massey Cancer Center, these findings may extend to prostate, breast, ovarian, lung and other cancers that rely on the same type of mechanism o spread. For the full scoop on these new findings, read on.

The researchers report that their animal study involved targeting the gene CtBP with a rug known as HIPP. This allowed them to reduce the development of pre-cancerous polyps – abnormal tissue growth on a mucous membrane – by 50% and return a normal lifespan in the mice that were born with a predisposition to intestinal polyps.

The researchers noted that this condition in humans is known as familial adenomatous polyposis. In most cases, this disease is inherited and triggers the growth of pre-cancerous polyps in the intestine at a young age.

During the course of their study, the researchers said they determined that CtBP works to reprogram cells by repressing the expression of genes that usually stave off cancer while simultaneously promoting the expression of other gens that trigger metastasis and cancer growth.

Steven Grossman, Massey’s deputy director and chair of the Division of Hematology, Oncology and Palliative Care in the Department of Internal Medicine at the VCU School of Medicine, said these findings open up an entire new avenue for anti-cancer therapeutic development as it shows that CtBP drives the action of cancer stem cells – the keys to cancer metastasis and chemotherapy resistance.

These findings give new hope to people diagnosed with colon carry and those who carry risk factors for the disease alike.
Tags: colon cancer