Protect against colorectal cancer with this mineral 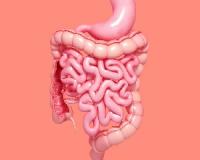 There's a trace mineral in soil called selenium that helps protect against cancer.

When you eat foods grown in selenium-rich soil, your body is replenished with a nutrient that has been shown to help fight autoimmune disorders, increase
insulin efficiency and curb the mutation of viruses.

And one of its most studied qualities is its ability to protect against cancer. It boosts the antioxidant power of vitamin E and it's been shown to reduce the risk of several types of cancers by triggering the activity of a tumour-suppressing gene.

Researchers at the University of Arizona wanted to expand on previous research, which had indicated that selenium may reduce the risk of developing colorectal tumours.

They used data collated from three trials: the Wheat Bran Fibre Trial, the Polyp Prevention Trial and the Polyp Prevention Study. Each of these projects examined the effects of different nutritional factors on the prevention of benign colorectal tumours in patients who previously had such tumours removed during colonoscopy.

Medical records and blood tests of more than 1,700 patients were analysed to determine tumour developments and selenium concentrations.

The researchers also noted that each of the three trials individually indicated selenium's protective effect against the recurrence of tumours and that those with the very highest blood selenium value had more than a 40% reduced risk of tumour recurrence compared to subjects with the very lowest levels of selenium.

How to increase your levels of selenium

With the occurance of over farming we’re probably not getting adequate selenium in our diet, unless we're taking a selenium supplement or a multivitamin that contains selenium.

The RDA for selenium is 55 mcg for women and 70 mcg for men, but the average diet falls far short of that amount. Research into the cancer-preventive qualities of selenium indicates that a daily intake needs to be around 200 mcg to insure adequate prevention.

Which brings up the issue of selenium toxicity. Selenium comes with a general warning about high intake of this nutrient. And while it's true that mega-dosing might create problems, you would have to get more than 2,500 mcg of selenium per day for an extended period to receive a toxic amount, so the actual chances of getting a dangerous dose are extremely slim.

In addition to fruits and vegetables, bread, fish, and meat all contain selenium. The real selenium powerhouse, however, is the Brazilian nut, delivering more than 800 mcg of selenium per gram.

Protect against colorectal cancer with this mineral
Rating:
Note: 4.08 of 6 votes