Prostate cancer diagnosis is tied to suicide and heart-related death 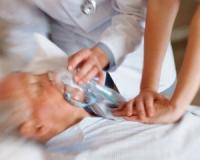 According to a new study published in the Journal of the National Cancer Institute, men who are diagnosed with prostate cancer are almost twice as likely to commit suicide and die of heart-related causes soon after their diagnosis compared with men of the general population. Read on for the full story…

The study was conducted by researchers at Harvard Medical School. To reach their findings, they analysed a national database of cancer statistics in which nearly 350,000 men were diagnosed with prostate cancer between 1979 and 2004.

The researchers followed these men for a year after they were diagnosed with prostate cancer. During the follow-up period, 148 of the men committed suicide and 6,845 died from cardiovascular causes such as stroke or heart attack.

The researchers noted that historically, men who are diagnosed with prostate cancer have been nearly twice as likely to commit suicide or die of heart-related causes soon after their diagnosis compared with men of the general population.

In their study, the researchers wrote that the increased risk of suicide and heart-related death “reflect only the tip of the iceberg of anxiety, mood disturbance and perhaps other mental illness – or suffering – after prostate cancer diagnosis.”