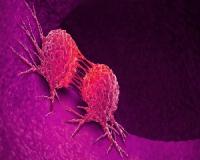 After you read this, you may find yourself asking for extra curry with your chicken and veggies the next time you dine out at your favourite Indian restaurant.

And with very good reason. One of the main ingredients in Indian curries has had a recent boom in popularity in the West due to the ever-mounting collection of research on its potential health benefits - including that of a cancer blaster.

The history of the spice turmeric, whose main active component is called curcumin, is diverse and well-documented. Curcumin is actually part of the ginger family and it is made by grinding the roots of a large-leafed Asian plant known as Curcuma Longa.

Recently, there has been a surge in research on this spicy, golden-coloured powerhouse and I’ve collected some especially interesting results right here for you to check out.

According to University of Chicago scientists, curcumin inhibits a cancer-provoking bacteria (H. pylori) associated with gastric and colon cancer. And biochemists in China reported in January 2007 that curcumin reduces a gene responsible for starting up prostate cancer, and could also reduce hormone receptor sensitivity to this gene.

Imagine your body starts to sort out its health problems on its own!

There are dozens of testimonies of this using Mother Nature's CBD oil...

CBD oil contains all 21 of the amino acids your body needs to stay in tip-top shape and is the only perfectly balanced combination of omega-3 to omega-6 essential fatty acids (EFAs) on the planet!

Amino acids and EFAs are the building blocks to life. They keep you alive by rebuilding and producing new cells in your body.

Curcumin also appears to be able to suppress the formation of tumours as well as protect against the DNA damage that causes cancer. One 2000 study found that the risk of tumour development in rats following exposure to X-ray dropped from 70.3% to 18.5% after receiving just 1% curcumin (turmeric extract) in their diet.