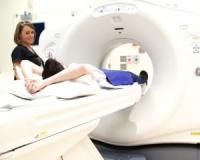 If you're a current or former smoker and have never been screened for lung cancer, listen up!

In a new study published in the journal Jama Oncology, experts write that most current and former smokers in America don't get screened for lung cancer even though they're at very high risk of the deadly disease.

What's more, this study revealed that current and former smokers can reduce their risk of dying of lung cancer by as much as 20% by getting screened!


************ Best seller *************
The real key to healing cancer is to wipe out the stealth disease lurking behind it...
I admit I was downright shocked when I found out that cancer isn't actually what kills most cancerpatients! And I've been a doctor for well over 20 years - so not much surprises me anymore.
Even more astounding - this monumental discovery goes back to the 1970s when former US Air Force Dr Joseph Gold uncovered the REAL killer, a condition that no one in the medical field was even talking about!
That's right - the real culprit behind 3 out of every 4 cancer deaths isn't cancer at all. No! It's a syndrome you've probably never even heard of - called cachexia (pronounced "ka-kek-see-ah").
And if you or someone you love is battling cancer... You definitely can't afford to ignore what could very well be the only natural compound that stops this stealth killer in its tracks.
**********************************
Study leader Dr Ahmedin Jemal reported in a cancer society news release, “The reasons for the low uptake in screening are probably varied, and likely include lack of knowledge among both smokers and doctors as to screening recommendations, as well as access to high-quality screening.
“Our previous study showed implementing quality screening broadly across the US could prevent about 12,000 lung cancer deaths every year in the short term. But we cannot prevent those deaths until and unless we start educating eligible smokers as well as clinicians about the benefits and risks of screening, so patients can make an informed decision,” he added.

According to the American Cancer Society, this spanking new study should serve as an indicator that people need to get screened for lung cancer regularly. But just how regularly should you go?
The US Preventive Services Task Force says that for people between age 55 and 80 who smoke 30 packs or more of cigarettes per year, once a year is enough. They add that it’s important you get screened with low-dose computed technology.
While this study confirms that past and present smokers are at high risk of lung cancer, it’s important to remember that anyone can get lung cancer. In fact, approximately 20% of people who die from the disease have never had a single puff of a cigarette! To learn more about the signs and symptoms of lung cancer, go here.
Tags: lung cancer, smoking, smoking and lung cancer, lung cancer symptoms, lung cancer causes, lung cancer risk, lung cancer screening, cancer news

Past and present smokers can slash their chance of death by 20% by getting screened for lung cancer
Rating:
Note: 5 of 1 vote