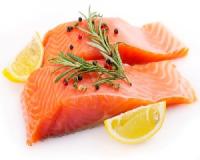 The advent of food processing brought an abundance of vegetable and seed oils to our diet. Today most people consume 20 to 50 times more
omega-6 fats than omega-3s.

This leads to inflammation - a big risk factor for cancer.

In a study published in Cancer Research, scientists showed that the omega-3 fatty acid DHA, inhibited the exponential growth of cancer cells.

This study noted that omega-6 fatty acids stimulate cancer. These findings were shown over a range of human cancers.

And numerous studies confirm the results. In fact, the most important thing you can do right now to improve your health is to consume more omega-3 fatty acids.

Omega-3 fatty acids are vital for your brain and your heart. They can boost your immunity. They can increase lung function and athletic performance. They can ease depression and improve critical thinking. They can also tame inflammation and quell oxidation.

You would be hard pressed to find a single health condition that cannot be improved by optimal omega-3 levels in the body.

On the flipside, the risk for disease increases when omega 3s are low in your diet.

Keep reading to find out how to get more omega 3s in your diet...

But what’s the best source of omega-3s?

As always, food is the optimal source for any nutrient. The very best food sources of omega 3s are fatty fish.

In this study, the women who ate at least one portion of fatty fish per week reduced their risk of kidney cancer by 74 percent compared to women who never ate fatty fish. That

Your best bet for omega-3 fatty acids are wild salmon and sardines. These fish have several times the amount found in most other fish.

But for a nutrient as important as omega-3 (that is so deficient in the food supply), it also makes sense to supplement your diet.  Fish oil is made up almost entirely of usable EPA and DHA. So, if you want the antioxidant and anti-inflammatory benefits of omega 3s, take fish oil, not flax oil.
Tags: cancer

Omega-3 is your "insurance policy" against cancer...
Rating:
Note: 5 of 1 vote