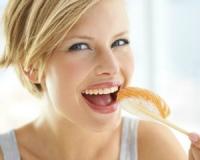 You already know that omega-3 fatty acids found in foods like fatty fish such as salmon, trout and mackerel can slash your risk of coronary heart disease, better your cholesterol levels and even reduce depression…

But who would've guessed that omega-3s could help colon cancer patients better their odds of surviving, too? It's true!

According to a new study published in the journal Gut, people with colon cancer who have higher amounts of omega-3 fatty acids from fish have a lower chance of dying from the disease.

Keep reading for the full scoop on this eye-opening new study!

The research team, which was led by Dr Andrew Chan of Massachusetts General Hospital in Boston in the US, looked at 1,659 American adults with colon cancer. During an average follow-up of about 10 years, 561 of the patients died, according to the study. In 169 cases, colon cancer was the cause of death. Other major causes of death included heart disease (153 cases) and other types of cancer (113 cases).

What the researchers found is that patients who consumed at least 0.3 g of omega-3 from fish per day after their colon cancer diagnosis were 41% less likely to die from the disease compared to those who consumed less than 0.1 g per day. The link between marine omega-3 and lowered risk of death from colon cancer was especially strong for patiently who were relatively thin, taller and who didn’t take aspirin regularly. The reduced risk of dying from colon cancer was associated with both omega-3 from food as well as fish oil supplements, however, very few of the patients in the study used fish oil supplements.

What the team also found is that upping intake of omega-3 by at least 0.15 g per day after a colon cancer diagnosis correlated with a 70% lower risk of dying from colon cancer. A reduction in daily omega-3 intake, on the other hand, was associated with a 10% higher risk of dying from the disease! What’s more, the risk of death from all causes was 13% lower in patients who increased their intake of omega-3, but 21% higher among those who reduced their intake.

One other colon cancer expert stressed that further data is necessary to confirm these astonishing findings.

You can get your omega-3 fix through both food and supplements. Foods that are abundant in the fatty acid include spinach, soybeans, fatty fish, seafood, fish roe (eggs), flaxseed oil, fish oil and chia seeds. If you don’t think you’re consuming enough omega-3-rich foods in your diet, you should consider a good quality fish oil supplement, which you’ll be able to find at your local pharmacy.
Tags: fish, fatty fish, omega-3 fatty acids, cancer, colon cancer, cancer prevention, cancer-related death, omega-3s and cancer, cancer news