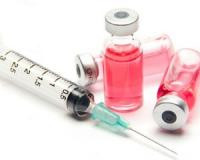 Effective treatments for sarcomas - tumours that occur in the bones and soft tissues - have been elusive up until now. Researchers are highly encouraged by a rapidly increasing immune response in sarcoma patients, which serves as a sign of its potential cancer-fighting effects and hope for a sarcoma vaccine - CMB305.

CM305 is an immunotherapy strategy involving an engineered virus to train sarcoma patients' immune systems to identify and kill tumour cells. Read on to find out more about it.

Researchers discover an immunotherapy strategy that may effectively treat sarcomas

Seth Pollack, a physician scientist at the Fred Hutchinson Cancer Research Center in the United States presented these groundbreaking findings at the American Society of Clinical Oncology annual meeting in Chicago. During his presentation, Pollack provided a detailed examination of sarcoma patients’ immune responses before and after receiving the CMB305 vaccine...

All in all, Pollack and his team studied 62 sarcoma patients enrolled in either this trial or an earlier one that used only the virus component of the CMB305 vaccine without additional immune-boosters included in the vaccine.

Their data suggested that the CMB305 vaccine was working effectively. The team noted that in patients on both trials, there were multiple signs of escalating immune responses to NY-ESO-1 – a protein marker found almost exclusively in cancer cells, but not healthy cells.

Pollack said he feels that the additional component in the CMB305 vaccine does help because him and his team definitely saw a better immune monitoring response in the patients.

The team determined that the patients’ immune system also started picking up on and responding to other cancer markers apart from NY-ESO-1 after they were treated with the CMB305 vaccine. However, across the board, they saw the biggest increase in signs of anti-cancer immunity among patients vaccinated with the newer version of the vaccine, CMB305.