New hope for lymphoma and leukaemia patients from an ancient vine... 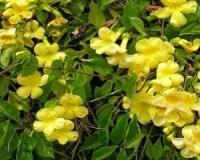 The US National Cancer Institute has identified 3,000 plants that are active against cancer cells - 70% of which are found in the Amazon rainforest.

Until recently, only shaman, healers and indigenous tribes held the key to unlocking their extraordinary secrets.

Now, thanks to the unrelenting work of leading nutritional researchers, herbalists and alternative doctors, the healing secrets of these plants are being uncovered.


Build your defences against cancer with Mother Nature...

Recent studies indicate that at least six of the Cat’s Claw vine’s alkaloids can increase the functioning of the immune system by up to 50%.

This has led to its use around the world by cancer and AIDS patients. Cancer patients who take Cat’s Claw in conjunction with traditional cancer therapies have reported fewer side effects than typically associated with chemotherapy and radiation, such as hair loss, weight loss, nausea, secondary infections and skin problems.

Additionally, five of the vine’s alkaloids have been shown to inhibit the growth of lymphoma and leukemic cells in vitro.


Scientists have discoverd that cancer cells have a certain hierarchy.
…Similar to a bee colony. There’s the worker bees, and the queen bee, whose sole responsibility is to ensure the survival of the colony by laying eggs.
So it is with cancer...
There’s the hundreds of thousands of normal cancer cells, and then nestled deep inside a tumour, is at least one cancer stem cell…
Like the queen bee, these cancer stem cells’ sole responsibility is to ensure the survival of their colony by mutating and evolving.
Until now, chemotherapy and radiation have been unsuccessful in disarming these dominant cancer cells…
But now there’s new hope for cancer sufferers.
Find out here how a Natural compound has been shown to destroy cancer stem cells…

Used for centuries by South American medicine men, this botanical and others from the Amazon have only recently begun to reveal their secrets in rigorous scientific tests. And their cancer-fighting potential is undeniable.

You can buy Cat's Claw supplements at any good health shop.

New hope for lymphoma and leukaemia patients from an ancient vine...
Rating:
Note: 2.75 of 4 votes