Mouth cancer cases are soaring! Make sure you know the symptoms 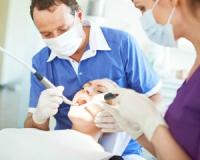 Cancer Research UK, which analysed the data, even issued a warning over these frightening figures, highlighting that nine out of 10 cases of mouth cancer are due to unhealthy lifestyles. However, there are still few people who know the symptoms. Does this include you? Then read on…

Factors that can increase your risk of mouth cancer

It’s well-known that smokers have a particularly high risk of mouth cancer. Smoking isn’t the only unhealthy lifestyle habit linked to a higher risk of mouth cancer though – drinking alcohol and skimping on fruits and vegetables is almost just as bad.

Cancer Research UK’s Jessica Kirby adds that it’s worrying that mouth cancer is becoming increasingly common. “It’s important to get to know your body and what’s normal for you to help spot the disease as early as possible,” she says.


The most common symptoms of mouth cancer

Kirby highlights a few common symptoms of mouth cancer: “An ulcer or sore in your mouth or tongue that won’t go away, a lump on your lip or in your mouth, a red or a red and white patch in your mouth or an unexplained lump in your neck are all things to look for.”

Mouth cancer cases are soaring! Make sure you know the symptoms
Rating:
Note: 5 of 2 votes