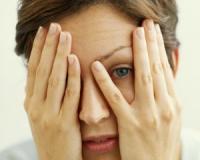 A body of past research has looked at the impact of mental health disorders like depression and anxiety on breast cancer. But the effect of such disorders on other types of cancer, like lung cancer, had yet to be studied up until now.

According to a study conducted by researchers at the University of British Columbia (UBC) in Canada, lung cancer patients with depression and anxiety are likely to die earlier compared to patients who don't suffer from these mental disorders. Here's the full scoop on what the study found…

“The question of whether anxiety and depression affect survival in cancer patients has been of interest to scientists for decades, but long-term research has been limited,” reported Andrea Vodermaier, lead author of the study and a postdoctoral research fellow in the UBC department of psychology.

“Our study confirms that there is indeed a link for lung cancer patients, and that it’s important for health-care providers to treat not only their tumour but also focus on the full emotional experience of the patient,” added Vodermaier.

Robert Olsen, head of the Division of Radiation Oncology and Developmental Radiotherapeutics in the UBC Department of Surgery commented on the findings, “It’s likely that other unmeasured factors that correlate with high anxiety and depressions, such as less social support, could play a role.

Lung cancer combined with depression and anxiety - a recipe for early death
Rating:
Note: 5 of 1 vote