Getting screened for colon cancer examination may trigger appendicitis 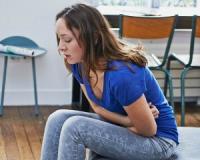 You know that going for a colonoscopy, a procedure in which your doctor uses a colonoscope to examine the inside of your colon, can potentially save your life by detecting and removing colon cancer.

But here's something you probably didn't know: Going for this procedure might trigger appendicitis! This is according to a new study published in the journal JAMA Surrey.

So how exactly does a colonoscopy trigger appendicitis, what are the chances of this happening to you and should it stop you from getting a colonoscopy altogether? Keep reading to find out!

To reach their findings, the researchers behind the study used data from the Fargo Veterans Affairs Health Care System to review medical information on nearly 393,000 veterans nationwide who’d been screened for colon cancer between January 2009 and June 2014.

The team found that those who’d gone for a colonoscopy were predisposed to having appendicitis within a week, explained lead researcher, Dr Marc Basson. He is a senior associate dean at the University of North Dakota School of Medicine and Health Sciences in the United States.

Dr Basson said he isn’t sure how getting a colonoscopy may trigger appendicitis. However, he thinks that the preparations for the procedure may be to blame. The preparations, which clear the bowel, can cause damages in gut bacteria, which could lead to an infection in the appendix. Or, it could be the pressure that the procedure itself creates in the bowel, which could trigger an appendicitis attack.

If you’ve get screened for colon cancer and experienced continued abdominal discomfort afterwards, you should let your doctor know as it might be appendicitis.
Tags: colon cancer

Getting screened for colon cancer examination may trigger appendicitis
Rating:
Note: 5 of 1 vote