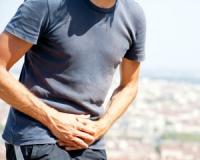 According to The Cancer Association of South Africa, men in South Africa have a one in eight risk of getting cancer in their lifetime. On top of the list of cancers that affect men is prostate cancer, which occurs when cancer begins to grow in a gland in the male reproductive system known as the prostate.

While doctors aren't completely sure what causes prostate cancer, medical experts and researchers alike have identified numerous risk factors for the disease. Among these risk factors are age, obesity, family history and ethnicity.

A growing body of new research is now uncovering that environmental exposures may also be associated with prostate cancer risk. Here are five of them...

#1: Pesticides
According to a number of epidemiological studies, farmers who mix and apply pesticides to their crops are at a far higher risk of getting prostate cancer. To limit your exposure of pesticides, you should buy organic produce or fruits and vegetables that have the lowest pesticide residues as far as possible. You’ll also want to avoid using pesticides in your garden at home.

#2: Cadmium
According to the Centers for Disease Control and Prevention, people who smoke are exposed to two times more cadmium, a chemical element found in tobacco, than those who don’t smoke. A body of epidemiological studies have linked cadmium to increased risk of prostate cancer, while laboratory studies have found that cadmium produces prostatic lesions in animals. Quitting smoking is therefore the best way to lower your risk – not only of prostate cancer, but of lung cancer, respiratory disease and heart disease, too.

#3: Polychlorinated biphenyls
Polychlorinated biphenyls (or PCBs), which were once used in commercial and industrial applications, are associated with a plethora of health hazards, including prostate cancer and mortality. Even though PCBs were banned many years ago, they still exist in the environment and are exposed to many people. PCBs typically build up in animal fatty tissues, especially in fish, so to reduce your exposure you should opt for leaner meats and low-fat or fat-free dairy products.

#4: Bisphenol A
Animal studies show that bisphenol A (or BPA) is an endocrine-disrupting compound that affects the prostates of rats and can cause serious DNA damage and development of precancerous lesions. One particular study that looked at human prostate cell lines also found that BPA can cause DNA damage. To steer clear of BPA, you should use glass kitchenware rather than plastic and opt for fresh food rather than canned foods. If you have to use plastic containers, make sure you buy BPA-free kinds and completely avoid those with recycling code #7, which commonly contain BPA.

Four everyday chemicals that are raising your risk of prostate cancer - the most common cancer in men
Rating:
Note: 5 of 1 vote