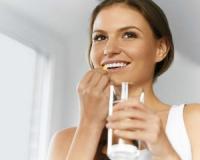 Millions of people around the world already take a fish oil supplement to keep their hearts healthy and treat ailments such as depression and arthritis. Now, a new study published in the journal Cancer Epidemiology, Biomarkers & Prevention suggests that fish oil supplements may also help women lower their risk of breast cancer.

In the past, a number of studies similar to this one have found an apparent link between fish oil supplements and reduced cancer risk. However, this link hasn't been confirmed by more rigorous studies. Keep reading for the full scoop on this new study...

The researchers behind the study looked at about 35,000 women without breast cancer. Between 2000 and 2002, the women filled out questionnaires about their past and present supplement use, medical history and lifestyle.

The questionnaires showed that roughly 8% of the women had taken fish oil at some point. Of these women, 83% took fish oil supplements at least four times a week and 60% took them daily.

Furthermore, the researchers found that postmenopausal women between ages 50 and 76 who took fish oil supplements were 32% less likely to develop certain types of breast cancer than those who didn’t.


The researchers found no link between other supplements and breast cancer risk...

The researchers didn’t only look at fish oil – they also looked at 13 other popular supplements, including gingko biloba, black cohosh, soy and St John’s wort. However, only fish oil – which is high in omega-3 fatty acids – had any connection to breast cancer risk.

The team concluded that it may be too soon to start recommending that women take fish oil supplements to stave off breast cancer. However, considering the seemingly countless health benefits of fish oil, you’ve got nothing to lose in trying it!
Tags: fish oil