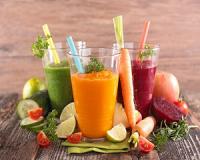 Bladder cancer is more common in older people and mostly in women. If you're a woman, the news today is - if you eat more fruits and vegetables it could reduce your risk of developing invasive bladder cancer. This is what the researchers from the University of Hawaii Cancer Centre have reported in The Journal of Nutrition.

I admit I was downright shocked when I found out that cancer isn't actually what kills most cancer patients! And I've been a doctor for well over 20 years - so not much surprises me anymore.
Even more astounding - this monumental discovery goes back to the 1970s when former US Air Force Dr Joseph Gold uncovered the REAL killer, a condition that no one in the medical field was even talking about!
That's right - the real culprit behind 3 out of every 4 cancer deaths isn't cancer at all. No! It's a syndrome you've probably never even heard of - called cachexia (pronounced "ka-kek-see-ah").
And if you or someone you love is battling cancer... You definitely can't afford to ignore what could very well be the only natural compound that stops this stealth killer in its tracks.
Tags: health revelations - dr mark stengler keywords: bladder cancer, cancer, nutrients, antioxidants, phytochemicals