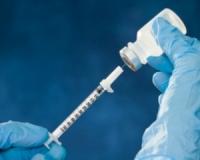 Researchers discovered long ago that lung cancer patients fighting later stages of the disease can benefit from immunotherapy, a type of cancer treatment that uses substances made by your body or a laboratory to boosts your body's natural defences to fight cancer.

The findings, published in the journal Cell, found that immunotherapy has the potential to address lung cancer while offering a potential treatment.

To reach these findings, study author Miriam Merad, a professor of oncological sciences and of medicine at The Tisch Cancer Institute at Mount Sinai, joined a multidisciplinary team of thoracic surgeons, pathologists and scientists in conducting a comprehensive study initiated when lung cancer patients underwent surgery to have cancerous lesions removed.

Merad and her team analysed samples of lung tumours, surrounding healthy lung tissue and blood on a cellular level to map out the immune system components present in each patient.

After analysing all the samples, Merad and her team found that stage one lung cancer lesions already harbour immune system components that probably compromise anti-tumour T-cells’ ability to fight cancer, leading to tumour-driven immune changes while providing a breakthrough tool for the future development of immunotherapies such as checkpoint inhibitors.

“Immunotherapy has mostly been used in advanced or metastatic lung cancer, but its benefit in early-stage tumors remains unknown,” said Merad.

“The standard treatment for early lung cancer is normally surgical removal of the lesions – sometimes with chemotherapy and radiation. Our study reveals that early lung lesions are heavily infiltrated with many different immune cells, suggesting that immunotherapy could also work on very early lesions and potentially lead to a cure by heading cancer off at the pass before it really takes root in the lungs,” she added.