Drinking alcohol is more dangerous than you think! Scientists warn it can even cause cancer 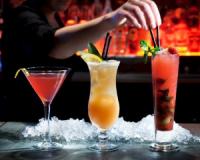 If you think that drinking a glass or two of wine with dinner every night will only take a toll on your liver, think again...

According to data reported to the World Cancer Congress in Paris, drinking alcohol has caused more than 700,000 new cancer cases and approximately 366,000 cancer deaths in 2012, mainly in wealthy countries.

At first, the alcohol consumption and cancer risk association may be confusing, but once you understand the mechanisms behind it, it won't be anymore...

For the study, researchers compared the cancer risk of people who drank alcohol to those who didn’t. They found that alcohol was responsible for approximately 5% of all new cancer cases and 4.5% of cancer-related deaths per year.

“A large part of the population are unaware that cancer can be caused by alcohol,” study co-author Kevin Shield of the International Agency for Research on Cancer (IARC), told AFP of the preliminary report, which hasn’t yet been published.

Furthermore, researchers found that drinking alcohol was most strongly associated with new breast cancer diagnoses, with more than one in four cases being due to alcohol. Colorectal cancer wasn’t far behind, with approximately 23% of cases being attributed to alcohol.

For breast cancer specifically, it was evident that "”he risk increases with the dose” of alcohol, said Shield. Researchers found that measuring alcohol’s contribution to cancer deaths was most strongly linked to oesophagus cancer followed by colorectal cancer.

Shield reported that the mechanism was “not exactly known”. However, the IARC, the cancer agency of the World Health Organisation (WHO), lists alcohol as a “group 1 carcinogen”, meaning that it can cause cancer.

Drinking alcohol is more dangerous than you think! Scientists warn it can even cause cancer
Rating:
Note: 5 of 1 vote