Could the high-fat ketogenic diet be a potential cancer treatment? 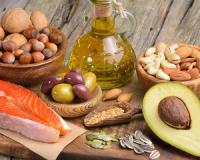 The concept of a ketogenic diet that's high in fat and low in carbohydrates is nothing new...

In fact, the ketogenic was discovered way back in 1920 at the John Hopkins School for the children with epilepsy. Scientists found that the children who weren't responding well to anti-seizure drugs became free of seizures after going on the ketogenic diet.

What is meant by the term “ketogenic diet”?

The ketogenic diet is named after ketones, which are considered an alternative energy source for your brain when there’s ketosis – a normal metabolic process that occurs either by fasting from all foods or by eating a high-fat diet that’s low in carbohydrates, resulting in reduced insulin production.

One ideal type of healthy fat to include in the ketogenic diet is organic, extra virgin coconut oil, as it can develop ketosis more rapidly.

The reason that researchers want to develop drugs to replace this diet is simply the diet’s restrictive nature and problems in breaking the processed carbohydrate and sugar addition in people.

Joe Mancaruso is living proof that the ketogenic diet can help fight off cancer. He fought stage foru lung cancer by simply using this diet along with exercise and positive living. His doctors told him that he had six months to live and recommended chemotherapy.

However, because Joe was also a previous survivor of testicular cancer in 1985, he refused the chemotherapy to live his life better for the next six months and instead put himself on a diet abundant in fat.

Could the high-fat ketogenic diet be a potential cancer treatment?
Rating:
Note: 5 of 1 vote