Colon cancer screening: What are the latest options? 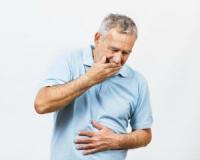 What's more, research shows that if everyone followed the recommended screening for colorectal cancer, up to 60% of deaths due to colorectal cancer could be prevented! The question is: Why do so many of us avoid getting screened as often as we should?

If you've ever had a colonoscopy, you know how unpleasant they are -from the bowel prep needed to empty your colon, to the procedure itself. So while a colonoscopy is one of the most accurate ways to diagnose colorectal cancer, it's safe to say that no one who's ever had one can say that they like getting them.

Thankfully, researchers are working hard to enhance the standard colonoscopy. None of them eliminate the awkward aspects of the test (yup, I'm talking about the icky bowel prep!) but they do make the screening more accurate. “Even in expert hands, there are still significant abnormalities that are missed at times,” says Dr Durado Brooks, MD, director of prostate and colorectal cancers for the American Cancer Society


************ Best seller *************
The real key to healing cancer is to wipe out the stealth disease lurking behind it...
I admit I was downright shocked when I found out that cancer isn't actually what kills most cancer patients! And I've been a doctor for well over 20 years - so not much surprises me anymore.
Even more astounding - this monumental discovery goes back to the 1970s when former US Air Force Dr Joseph Gold uncovered the REAL killer, a condition that no one in the medical field was even talking about!
That's right - the real culprit behind 3 out of every 4 cancer deaths isn't cancer at all. No! It's a syndrome you've probably never even heard of - called cachexia (pronounced "ka-kek-see-ah").
And if you or someone you love is battling cancer... You definitely can't afford to ignore what could very well be the only natural compound that stops this stealth killer in its tracks.
**********************************
#3: Balloon colonoscopy
The way in which a balloon colonoscopy works is relatively straightforward. The colon is full of twists and turns and folds where cancers and polyps can hide.
This type of colonoscopy entails using a colonoscope with an inflatable balloon on one end, which mechanically flattens these folds in the colon as the doctor moves the device up the intestine. What’s more, this type of colonoscopy allows the doctors to see a lot of the colon. The balloon colonoscope would require a patient to go under sedation.
#4: Full spectrum colonoscopy
Dr Seth Gross, MD, a gastroenterologist and assistant professor of medicine at NYU Langone Medical Center in New York City in the USA, explains that conventional colonoscopies afford doctors a 170-degree view of the colon. However, the full spectrum colonoscopy, a new instrument in the works, widens that view to an impressive 330 degrees.
Not only is there a camera on the tip of the colonoscope; but also one on each side of it. Scientists at NYU in conjunction with an Israeli technology company developed the full spectrum colonoscope.

“None have been proven to be more effective than simply a diligent and attentive colonoscopy,” says Dr Brooks. “The good news is that colonoscopy if it is performed in a careful, thoughtful manner is a very effective tool not only to find cancer but also precancerous lesions and remove them to prevent cancer from occurring.
Dr Brooks adds that there are a number of colonoscopy alternatives that are just as effective and nowhere near as invasive. Examples of such tests include a virtual colonoscopy (also called a CT scan) and a simple stool test.
“It's great that there may be some [screening] enhancements on the horizon, but right now we've got a number of very good tests. If we just use the technology that we currently have available, we can cut both the number of cases of colorectal cancer in half as well as the number of deaths in half,” Dr Brooks concludes.

Colorectal cancer screening should begin at age 50 for most people

Colon cancer screening: What are the latest options?
Rating:
Note: 5 of 1 vote