Coffee and cancer risk: Should concern be brewing? 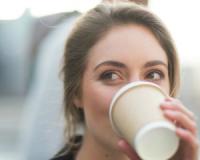 A judge in California recently ruled that coffee sellers must post warnings about cancer risks. Now, the question is: How concerned should you be about your daily cuppa? Not very concerned, according to scientists and available evidence.

In recent years, scientific concerns about coffee have begun to fade. In fact, a body of research suggests that the brew can actually improve your health. Let's take a closer look at what science has said about coffee contributing to cancer risk.

The World Health Organization’s cancer agency took coffee off the list of possible carcinogens two years ago. However, the agency said that evidence is insufficient to rule out any possible role.

“At the minimum, coffee is neutral. If anything, there’s fairly good evidence of the benefit of coffee on cancer,” says Dr Edward Giovannucci, a nutrition expert at the Harvard School of Public Health.

Scientists aren’t concerned that coffee itself causes cancer, but rather a chemical called acrylamide, which is made when the beans are roasted. Based on animal studies, government agencies consider this chemical a probable or likely carcinogen.

But here’s the thing: No one knows how much coffee is safe or risky for people. “A cup of coffee a day, exposure probably is not that high,” says Dr Bruce Y Lee of Johns Hopkins Bloomberg School of Public Health, adding if you only drink one cup of coffee a day, you probably shouldn’t change your habit. “If you drink a lot of cups a day, this is one of the reasons you might consider cutting that down.”

Coffee’s probable or likely carcinogen label is based on studies of animal given high levels of acrylamide in drinking water. However, rodents and people metabolise the chemical differently and absorb it at different rates, so its relevance to human health is unknown.
Tags: cancer risk

Coffee and cancer risk: Should concern be brewing?
Rating:
Note: 4.75 of 2 votes