Can vitamins and selenium prevent prostate cancer? Studies tell all… 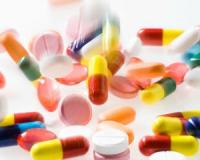 If you're man wanting to reduce your risk of prostate cancer, you're probably wondering if you should bother popping antioxidant vitamins.

Two of the largest trials ever conducted on vitamins and cancer prevention, published in the Journal of the American Medical Association, say you shouldn't…

The studies revealed that vitamins C and E and selenium won't stave off prostate cancer - or other types of disease - in men. Keep reading for the full scoop…

In the one study, 35,533 men in their 50s or older who didn’t have cancer took vitamin E and selenium alone or in combination. A few years later, these men had the same risk of developing prostate cancer as men who took a placebo.

The second study, which looked at 14,641 men – some of whom had early-stage prostate cancer – found that a combination of vitamins C and E didn’t prevent prostate cancer or any other type of cancer.

“It looks like these particular antioxidants are not effective,” says Howard Soule, chief scientific officer of the Prostate Cancer Foundation in the United States. Soule wasn’t involved in either of these studies.

However, these studies have limitations. They either looked at men in the population who just happened to be taking vitamins for other reasons, or weren’t designed to specifically look at prostate cancer.
Tags: prostate cancer