Can “a gut feeling” help you catch colon cancer early? A gastroenterologist explains 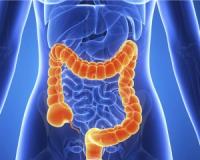 You know how sometimes you just have “a gut feeling” about something? For example, you may have a gut feeling that someone is lying to you, and then later, it turns out that you were right...

Well, according to Dr Amit Singal, a gastroenterologist from the University of Texas Southwestern Medical Centre in Dallas in America, your gut feeling about the health of your colon is usually on point, too...

In fact, Dr Singal reckons that your gut feeling can help you catch colon cancer early enough to treat it effectively and even make the difference between life and death! This is not a drive - it's time to listen to your gut!

According to Dr Singal, people who are in tune with their digestive system are more likely to pick up worrisome signs and symptoms. These people are also more likely to seek help from medical professionals sooner, so if colon cancer is the problem at hand, they find out soon enough to treat it effectively. “When colon cancer is caught early, it’s usually much easier to treat,” Dr Singal clears up.

“The old saying ‘listen to your gut’ holds true when it comes to your health. If you notice differences that persist more than a week, contact your physician,” Dr Singal goes on to explain. “Many conditions can cause digestive symptoms, but if it is cancer and you catch it early, you'll have a better prognosis,” he adds.

So what are the signs and symptoms that you could potentially have colon cancer that you simply shouldn’t ignore? Here are a few, according to Dr Singal:

Even if you’re not experiencing any of the above symptoms and don’t think you’re at risk of colon cancer, Dr Singal stresses that everyone should get screened for the disease after they turn 50 years old.

Doctors test for colon cancer in two ways; either through a colonoscopy test, which examines your colon and lets your doctor remove polyps from the organ before they grow and potentially become cancer. Or, through a faecal immunochemical test (also known as a FIT), which helps your doctor detect blood in your stool.

According to the American Cancer Society, colon cancer is the second leading cause of cancer-related deaths in America when men and women are combined. This year alone, colon cancer has taken the lives of approximately 49,190 people. It’s a serious disease that anyone can get – if you have a gut feeling that you may have colon cancer, don’t ignore the feeling. Seek help from your doctor immediately!
Tags: colon, colon cancer, colon cancer symptoms, gut feeling, gut health, colon cancer risk, colon cancer treatment, early detection, cancer news