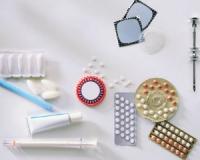 Doctors often prescribe hormone replacement therapies, or medications that contain female hormones that compensate those that the body no longer produces, to reduce the effects of menopausal symptoms in women.

A body of research suggests that women who take hormone replacement therapies have a significantly higher risk of breast cancer. Now, a new study carried out by researchers at the University of Missouri in the United States have found a relationship between natural and synthetic progestins and the body's production of specialised cancer cells that act like stem cells in humans...

According to the researchers, these findings may help scientists identify the rare cells that proliferate in breast cancer and metastasize elsewhere. Similarly, they may assist doctors in targeting immunotherapies to stop the disease from spreading. Keep reading for more!

Past research has found that natural and synthetic progestins speed up the development of breast cancer...

Salman Hyder, the Zalk Endowed Professor in Tumor Angiogenesis and professor of biomedical sciences in the College of Veterinary Medicine and the Dalton Cardiovascular Research Center, explained that in previous studies, him and his team have found that both natural and synthetic progestins accelerate the development of breast cancer and increase their metastasis to lymph nodes.

Hyder and his team performed a series of tests using hormone-responsive human breast cancer cells to examine the effects of progestin on the cell markers that are typically found in breast cancer.

They found that both natural and synthetic progestins significantly increased protein expression of CD44 – a molecule involved in cell proliferation, migration and communication. They also found that the presence of progestins caused these molecules to act like cancer stem cell-like cells. These rare cells are a very small population of self-renewing cells that duplicate themselves and proliferate exponentially.

After performing further tests, the team found that the rare subset of cancer cells were actually enriched by progestin...

“The findings show that exposure to natural and synthetic progestins leads to the development of these cancer stem-cell like cells,” Hyder said. “These cells greatly increase the likelihood of resistance to therapies and the risk for metastasis. Our findings also suggest that clinicians may be able to combat the progestin-dependent breast cancer tumour growth through immunotherapy.”
Tags: breast cancer