Breakthrough! This over-the-counter painkiller may reduce your risk of dying of cancer by up to 30% 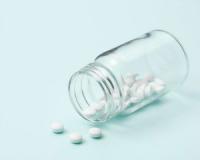 Cancer patients will be surprised to know that the over-the-counter painkiller, aspirin may cut their risk of cancer death.

This goes according a study carried out by researchers from Yin Cao at Massachusetts General Hospital and Harvard Medical School in the USA, which was presented at the annual meeting of the American Association for Cancer Research.

Read on to learn more about the cancer risk-reducing benefits this humble painkiller offers and how long you have to take it to reap these benefits.

Researchers analysed the aspirin use and cancer outcomes of over 130,000 adults

Past research has linked regular aspirin use to lower risks of stroke and heart disease. To investigate if the risk-reducing benefits extend to death from certain types of cancers, researchers combed through data from two large-scale studies – the Health Professionals Follow-Up Study and Nurses’ Health Study.
They analysed the aspirin use and cancer outcomes of over 130,000 adults over age 32.

So how much aspirin did the participants with the lowest risk of dying from cancer take?
The researcher said that the benefit seemed to be the strongest for participants who took two to seven doses of regular strength aspirin – that’s 325 g per tablet – per week for much of the study period.
However, those who took as little s half a tablet to 1.5 tablets per week also showed significant reductions in cancer-related death, they added.
The reduction in cancer deaths appeared for most participants after they took the painkillers for about six years.
If you have any serious health conditions, you should speak to your doctor before taking over-the-counter medication like aspirin.
Tags: cancer, cancer risk, cancer death risk, colon cancer, breast cancer, prostate cancer, aspirin, over-the-counter painkiller, aspirin health benefits, aspirin cancer risk, reduce cancer death risk, cancer news

Breakthrough! This over-the-counter painkiller may reduce your risk of dying of cancer by up to 30%
Rating:
Note: 5 of 1 vote