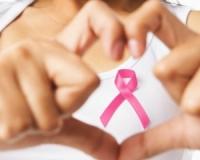 Breast cancer awareness has nothing to do with early detection, chemotherapy, radiation or disfiguring surgery. Instead, it's all about prevention. One study proved that identifying lifestyle factors that predict the development of this cancer can be modified to reduce your risk substantially...

The study, which looked at over 370,000 women in nine European countries assessed the lifestyle habits - such as diet, exercise and weight management - of the study subjects for 13 years. During a follow-up, researchers found that a shocking 36,994 of the study subjects had developed breast cancer, while 23,828 had died of the disease.

The following lifestyle recommendations for preventing breast cancer are drawn from the WCRF/AICR Second Expert Report.