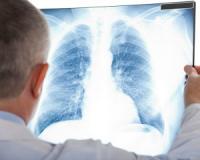 A body of research has proved that patients who receive anti-inflammatory therapy have a lower risk of lung cancer and lung cancer mortality. Now, a new study presented at the European Society of Cardiology meeting has found that a commonly prescribed anti-inflammatory drug has the same effect…

“As an inflammatory biologist and cardiologist, my primary interest is in heart disease, but my colleagues and I were aware of experimental research indicating a connection between cancer and inflammation,” said Paul M Ridker, director of the Center for Cardiovascular Disease Prevention at Brigham and Women's Hospital and one of the presenters of the Canakinumab Anti-inflammatory Thrombosis Study (CANTOS).

Read on for the full story…

CANTOS is a randomised, double-blinded trial of canakinumab, an anti-inflammatory drug used to treat arthritis. The primary goal of the study was to test if the drug reduces risk of cardiovascular events such as stroke, heart attack and cardiovascular death.

More than 10,000 people with a history of heart attacks took part in this study. However, none of these people had been diagnosed with cancer.

To reach these findings, the researchers conducted a study in which they gave participants either 50 mg, 150 mg or 300 mg of canakinumab, or a placebo. They injected the drugs into the people subcutaneously every three months and followed them for up to five and a half years.