A diet high in calcium may lower your risk of ovarian cancer... 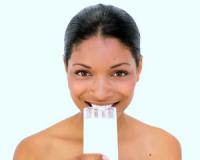 Attention, ladies! A first-of-its-kind study conducted by researchers from the Rutgers Cancer Intitute of New Jersey in the United States has revealed that a diet high in calcium and low in lactose may lower your risk of overian cancer - especially if you're a black woman.

These findings are highly significant considering ovarian cancers constitutes approximately 3% of all cancers in women. Furthermore, ovarian cancer is the fifth leading cause of cancer-related death among women in the United States, the National Cancer Institute reports. Read on for the full story...

Studying the reasons for this decline in survival rate was critical to the study, as was examining the preventative factors that could benefit black women at risk of developing ovarian cancer, said Dr Bo “Bonnie” Qin, lead author of the study.

“This is the largest study to examine lifestyle characteristics including dietary intake and the risk of ovarian cancer in African-American women,” Qin said.

Dr Qin and his team published their findings in the British Journal of Cancer.

“We didn’t find a significant association between vitamin D intake from diet with ovarian cancer risk,” Qin said. “However, we found longer sun exposure in the summer months may decrease the risk of ovarian cancer in African-American women.

“But because we all know the benefits of sun exposure may be offset due to increased risk of skin cancer, moderate sun exposure and sufficient vitamin D intake from diet and supplements may be a safer solution.”

A diet high in calcium may lower your risk of ovarian cancer...
Rating:
Note: 5 of 1 vote