This joint supplement could help you live healthier and longer too! 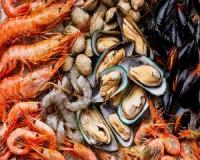 If you suffer from joint pain, you're likely taking one of the most effective nutrients available for joint pain relief and to help rebuild your joints.

That's right, it doesn't just reduce inflammation in joints - which slows down the deterioration in the joints - it's been proven to regenerate cartilage.

And now, a new study has revealed it could also increase your lifespan by as much as 10%!


Study reveals this natural nutrient helps undo the effects of a modern diet!

This nutrient is called Glucosamine, and your body makes it every day. However, it makes less of it than it needs to support your joints as you get older.

You won't find it in food if you want to replenish it - but you can find it in supplement form. Lab technicians extract glucosamine from shellfish and encapsulate it so you can take it as a pill.

And now, when you take glucosamine, you can do so knowing it will help you live healthier and longer, thanks to this latest study...

Discover: Did you know you could REVERSE the damage already done to your joints?

The researchers fed two groups of mice the exact same diet which included refined carbohydrates. These are carbs that have been milled - for example, sugar, bread, cakes and pastries, pizza bases, crumbed foods, pastas, sauces, packaged cereals and the likes. One of the groups of mice was also fed glucosamine, alongside their food.

At the end of the study, the group taking the glucosamine had the metabolic state associated with a low-carb diet.

The glucosamine had 'reversed' the effects of a poor diet.

It turns out glucosamine can prevent large sugar molecules from breaking down into more digestible smaller molecules.

This is good news because refined carbohydrates cause chronic inflammation in the body, which increases your risk for arthritis, heart disease, diabetes and cancer.

The protective effects of glucosamine were so powerful, they increased the lifespan of the mice taking it by 10%!

What would an additional 10% on your life mean? 4, 5, 6, 7, 8 more healthy years to watch your kids or grandkids grow up... the chance to walk your daughter down the isle... an extra few years to tick some more of those exciting activities or destinations off your bucket list?

A good joint formula is not complete
without Glucosamine and Chondroitin!

Glucosamine and Chondroitin have long been trusted for their role in joint health. Healthy joints produce their own glucosamine, but with age, production slows down, which means the body loses some of its ability to repair joints naturally.

Thankfully, by taking Glucosamine and Chondroitin supplements, you can prevent cartilage from breaking down and help repair the damage in your joints.

A recent Cochrane Collaboration review on Chondroitin, looked at 43 clinical trials over more than 20 years, involving 9,110 participants who used chondroitin for osteoarthritis. The review found that Chondroitin was effective in safely improving pain and functional capacity in patients.

In another study, published in Annals of the Rheumatic Diseases, researchers found that a combination of Chondroitin and Glucosamine was as effective as the anti-inflammatory drug celecoxib after six months of treatment in patients with severe osteoarthritis. Pain, functional disability, stiffness and swelling were significantly reduced – without the usual side-effects associated with nonsteroidal anti-inflammatory drugs.

Both Glucosamine and Chondroitin reduce inflammation, allowing the cells in your joints to focus on repairing themselves instead of “putting out the fire” from the swelling.

And, when you combine Glucosamine, Chondroitin and another SEVEN essential joint support nutrients, you have a powerful combo to repair your joints, reduce inflammation and eliminate your joint pain!

As I mentioned earlier, you can't get glucosamine from food. To replenish levels, you need to take it in supplement form - generally available as glucosamine sulphate.

You can buy glucosamine on its own in health shops, but especially if you suffer from joint pain, it's more beneficial to take it alongside other natural nutrients that will support your joints, including chondroitin, MSM, boswellia, glycin, boron, vitamin D and others. Ultimate JointFlex Plus has all these nutrients in the right dosages.

This joint supplement could help you live healthier and longer too!
Rating:
Note: 4.23 of 11 votes