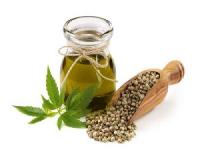 You already know that hemp seed oil can help relieve symptoms of arthritis, such as chronic pain and joint stiffness. It's also been shown to increase pain-free mobility in arthritis sufferers.

Keep reading to learn how hemp seed oil can help reduce the side effects of NSAIDs and increase pain-free mobility.


Hemp oil could mitigate the side-effects from NSAIDs...

While NSAIDs could reduce pain effectively, they come with seriously unpleasant side effects for the gastroinestinal system – including stomach upsets and abdominal pain that can eventually develop into peptic ulcers in the stomach and duodenum.

Discover: Did you know you could REVERSE the damage already done to your joints?

That's why progressive doctors are recommending that people who take NSAIDs also take hemp seed oil as a preventative measure. This oil has been recognised as a powerful anti-inflammatory that has the potential to both protect and heal an irritated gastroinestinal system.

What’s more, doctors say that including hemp seed oil in your daily diet can help reduce the distressing pain and inflammation that NSAIDs often cause in the throat, stomach and small intestine.

Hemp seed oil boasts omega-6 and omeg-3 fatty acids in the best ratio of 3:1 for your body to absorb. It’s also rich in vitamins A and E, both of which are potent antioxidants and critical to a strong immune system.

And that’s not all – hemp seed oil is also packed with omega-9 fatty acids – a monounsaturated fat that’s been shown to banish joint pain and inflammation which restricts mobility.

The only high you'll get from hemp is from its health-giving benefits!

Although hemp only recently became recognised as a ‘food' in South Africa, much of the world has been consuming it for decades. It comes from the same species as cannabis, but it's a completely different variety that yields a golden-coloured oil and tiny seeds.

Hemp oil contains no psychoactive THC, so the only high you'll get from consuming it are some truly impressive health benefits.