A gluten-free diet could completely eliminate your nerve pain! 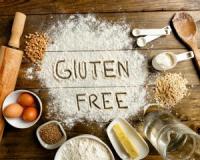 A number of studies have suggested a link between a sensitivity to gluten, the proteins found in wheat, and nerve damage known as neuropathy. Now, a new study has strengthened this link.

The study, led by Dr Panagiotis Zis of the University of Sheffield in the United Kingdom, showed that a gluten-free diet may help reduce nerve pain in some people with gluten sensitivity. Read on for more.

Testing shows that just 1% of Americans are truly ‘gluten sensitive’…

Someone who’s gluten sensitive will have immune system antibodies present in their blood tests. However, it’s possible to have symptoms of gluten sensitivity even in the absence of these antibodies.

Gluten sensitivity is different from celiac disease, which is confirmed through a number of tests.

While it may seem that millions of people around the globe are avoiding gluten in their diets, Dr Sami Saba, a neurologist at Lenox Hill Hospital in the United States, noted that – based on testing – just 1% of Americans are truly ‘gluten sensitive’.

For their study, the researchers looked at 60 people with an average age of 70, all of whom were diagnosed with gluten neuropathy. More than 50% of the participants also had neuropathy-related pain.

After adjusting for other factors, including age, sex and mental health, the researchers concluded that following a strict gluten-free diet was linked to an 89% reduced risk of neuropathy.

“These findings are exciting because it might mean that a relatively simple change in diet could help alleviate painful symptoms tied to gluten neuropathy,” Dr Zis said in a news release from the American Academy of Neurology.

Still, Zis stressed that while the study shows a link between self-reported gluten-free diet and less pain, it doesn’t show that one causes the other. “More research is needed to confirm these results and to determine whether the gluten-free diet led to the reduction in pain,” he said.
Tags: neuropathy

A gluten-free diet could completely eliminate your nerve pain!
Rating:
Note: 5 of 1 vote